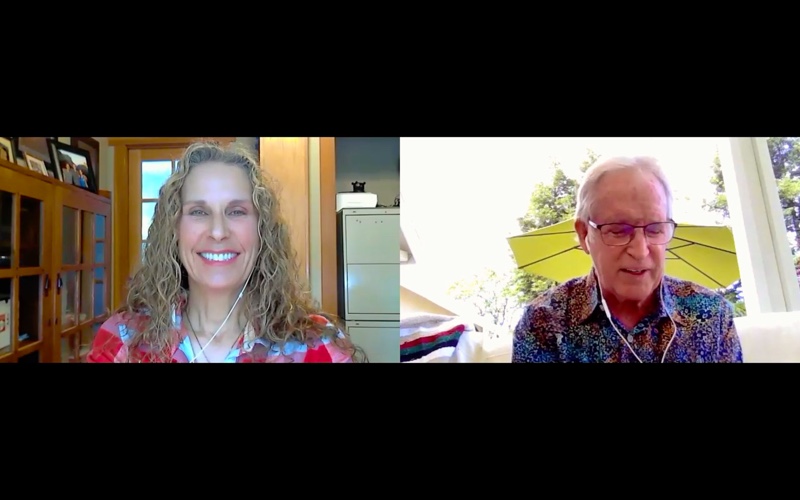 Pamela Swartz , Democratic candidate for California Senate District 1, appears on The MC in conversation with DCCSC Member Cork McGowan, on the topics of Covid-19, health care, the homeless crisis, expanding higher education options for rural California, and promoting forestry health and products.A Nevada City entrepreneur, Swartz was raised in Redding and is a graduate of UC Berkeley in Forestry and Natural Resources. Motivated by her own battle with chronic acne as an adolescent, she developed a therapeutic skin care company which she’s been running successfully for 30 years.  She also is a certified “barefoot horse trimmer.”Swartz highlighted the issues she would advocate for if elected. “I would be pounding my fist on the table for single-payer healthcare throughout all of California,” she said, citing her own insurance costs as an example. “And I will be pushing hard to have a biomass facility every 150 miles in our district to help with fire mitigation, and reduce homeowners insurance.”  She also advocates for rural broadband, and the US Postal Service.

It doesn’t matter if you’re red or blue. I think there’s a certain level of humanity that we’re all feeling and experiencing in this scary and uncertain time, so that gives me hope.”

During the Covid-19 Pandemic, she’s been heartened to see how people are stepping up. “They’re calling on their neighbors to check on how they’re doing; they’re making masks; they’re going grocery shopping for each other. It doesn’t matter if you’re red or blue. I think there’s a certain level of humanity that we’re all feeling and experiencing in this scary and uncertain time, so that gives me hope.”She shares many of the frustrations of local residents, and feels that Northeastern California has not been well represented at the State level. “I’m spending thousands of dollars a year on health care premiums,” she said, and was among many foothill residents whose homeowners insurance got cancelled after devastating fires. “I thought, there’s nobody looking out for me,” she said. “Over the past 30 some odd years, our district has been red. It’s time that we have some really solid representation, someone who’s not part of the system, but wants to go in and represent the people.”She is supportive of Governor Newsom’s leadership in making California the first state to institute shelter-in-place orders.  “He is following the science, and we have flattened the curve. I commend all Californians, and thank them for doing that. I know it’s a hassle, I know it’s economically challenging, but we’re saving lives, there’s no question we’ve been saving lives.”This part of rural Northern California has been fortunate not to experience large surges, she said, “but there’s no question that the virus is in our population. We don’t know who’s had it, who’s been exposed to it, we don’t know who’s carrying it. There needs to be a lot more testing, and I’ve been pushing for that, just like the governor has. We need to get that testing done so we know what we’re dealing with.”

Acknowledging the deep financial suffering many residents are experiencing, she sees the crisis as an opportunity to advocate for change. “Going back to normal,” she said, would mean people still being unable to put food on their table, afford health insurance, or send their kids to college. “I want a better normal,” she said. Her opponent, State Senator Brian Dahle, she said, has not been an effective advocate.“I am a working class person, I’m not coming from money, and I don’t have special interests funding my campaign,” she said. “It is people-powered, grassroots powered, and I’m extremely proud to say that.”  She challenged voters to, “give somebody new a shot,” adding, “I’m definitely a fresh voice.”

Pamela Swartz on The MC