April Verrett (Controller, CADEM & President SEIU Local 2015 )
April Verrett is President of SEIU Local 2015, Vice President of SEIU International and Controller of the California Democratic Party. April rose through the ranks of labor to become a national advocate for long term health care workers and their clients. April provides a new voice and perspective to the CDP leadership team, and is dedicated to developing the next generation of leaders.

Max Steiner (Congressional Candidate CA CD1 )
Max was born and raised in Sacramento and lives in Chico. CA. A fifth-generation Californian, Max served in the U.S. Army’s 10th Mountain Division stationed in Iraq and was awarded the Combat Infantry Badge. After earning a degree at UC Berkeley he rejoined the Army Reserves, where he serves as First Sergeant of a Civil Affairs Company. In 2012 he became a Foreign Service officer with expertise in agricultural economics in Honduras, Mexico, the Sinai Peninsula, and Washington, DC. He is pursuing a PhD in Policy Analysis on the intersection of diplomacy and development. 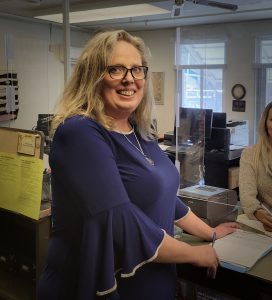 Belle Starr Sandwith (Candidate CA AD1)
Belle Starr Sandwith is a Sierra County Democrat from Loyalton running for Assembly District 1. Belle was raised on Donner Summit, was a college basketball player and discus thrower at College of the Redwoods, returning to her roots to run a restaurant at Soda Springs. A travelling chef for national tours of Indy Car drivers, a TV production coordinator on live sports events, and a digital scoreboard operator, Belle is an experienced business owner who understands the needs of the many communities of AD1, a region that suffered the 2nd largest wildfire in the history of California in 2021. Trained in public health, and living with disability, Belle knows the importance of affordable healthcare for all.

NOTE: After your purchase is confirmed, you will receive a link to the virtual event