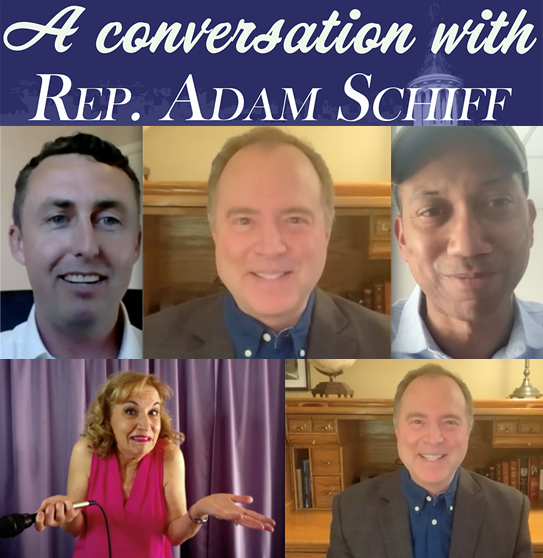 Below is a link to the full broadcast of the Shasta Dems’ Conversation with Adam Schiff and special guests, now available on YouTube!

Many thanks to all participants, attendees, staff—and especially our sponsors!

Full Broadcast of Schiff and Friends Fundraiser on YouTube