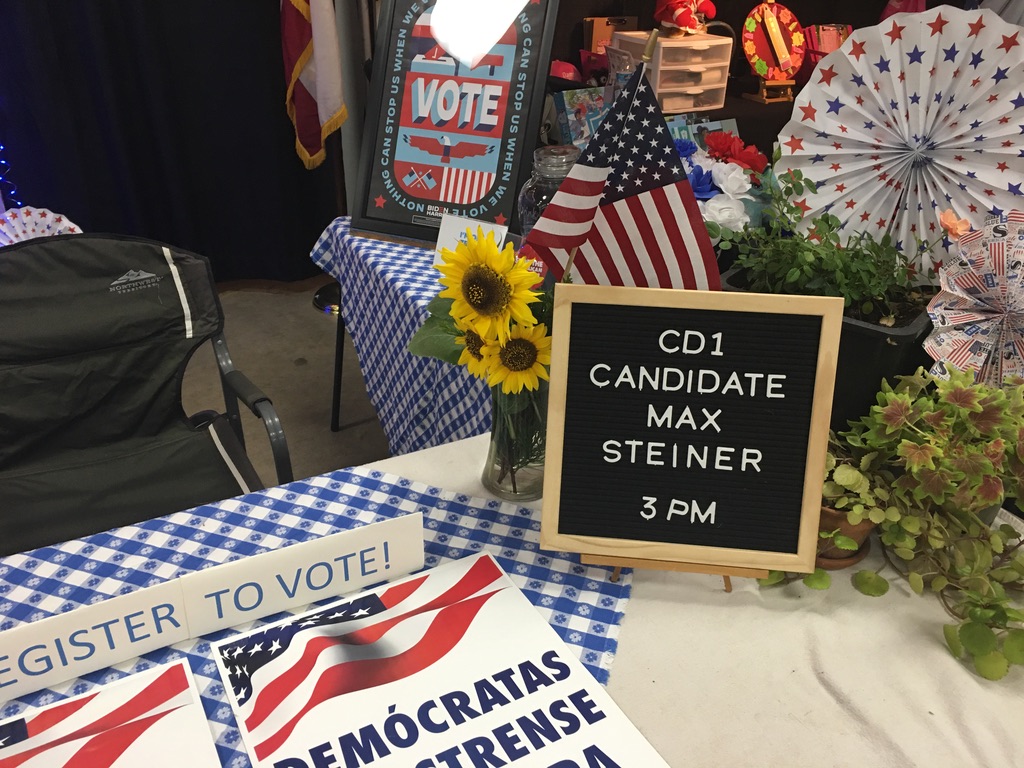 A fifth-generation Californian, Max was born and raised in Sacramento and lives with his wife Nika in Chico.  He served in the U.S. Army’s 10th Mountain Division, stationed in Iraq, where he earned a Combat Infantry Badge. After graduating from UC Berkeley Max rejoined the Army Reserves, and currently serves as First Sergeant in a Civil Affairs Company. He served as a Foreign Service officer with expertise in agricultural economics in Honduras, Mexico, the Sinai Peninsula, and Washington, DC, and is pursuing a PhD in Policy Analysis on diplomacy and development.

District One deserves a congressman who will both stand up to defend our democracy and sit down to write legislation, and Max vows to be that Congressman. He has served his country as a soldier and a diplomat in some of the most dangerous regions of the world, under Republican and Democratic Presidents alike. He is a principled centrist, a man with fresh ideas and a desire to solve real problems.

Max’s brother lost his family home to the Carr Fire. “He cleared out the wreckage and rebuilt his home,” Max recalls. “It’s time for us to clear Doug LaMalfa out of office and rebuild Congress to solve problems for all Americans.”

Check out Max’s Website for his current schedule of appearances!